In June 2002, a unanimous jury brought in a verdict of 4.4 million dollars against 3 FBI agents and 3 Oakland, Ca. police for violating the civil rights of Earth First environmental leaders Judi Bari and Darryl Cherney. It was the culmination of 12 years of litigation, two Ninth Circuit opinions, a six week trial, and 17 days of deliberations by a ten person Northern California federal jury. The roots of the case go back to 1990.Two of Earth First's most effective organizers, Judi Bari (who died of cancer in 1997) and folk singer Darryl Cherney were driving in Oakland when a bomb exploded in the car. The bomb, triggered by a motion-device, was hidden under the front seat. Bari, the driver, was terribly injured and taken to the hospital. Cherney was also injured.

"At the time the bomb exploded in her car, Bari, along with Cherney, was in Oakland, California, taking part in a speaking and concert tour to promote the upcoming Redwood Summer and to attract young 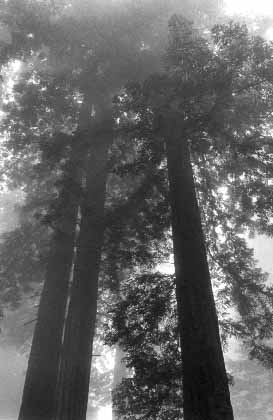 people from all over the country to Northern California to protest logging practices. This organizing campaign had "generated considerable opposition and animus among individuals in the logging and timber industry," animus that the plaintiffs contend was shared by local and federal law enforcement officials. Mendocino Env'l Ctr., 14F.3d at 459. As a prominent leader of Earth First, Bari had led aggressive demonstrations and organizing campaigns against clear cutting practices, particularly those targeting old growth redwoods. In response to this very public and controversial environmental activism, she had received a number of death threats, which she had reported to the police in the county in which she resided" Mendocino environmental Center vs. Mendocino County, 192 F.2d 1283 (1999).

Although the bombing was clearly an assassination attempt, members of the FBI's "Terrorism Squad" ("Squad 13") arrived on the scene immediately, along with Oakland police. In the next 12 hours, Bari and Cherney were branded eco-terrorists and put under arrest for transporting an explosive device. For six weeks the authorities defamed them and Earth First, did not really try to find the actual bomber(s), and used the opportunity to harass the environmental movement and intimidate its growing supporters. Finally, the Oakland district attorney declined prosecution for lack of evidence.

At the trial, the Oakland police argued that they had probable cause for the arrests and searches. They said that the FBI had briefed them right after the bombing on "terrorist activities" of Earth First and that they had relied on the FBI's bomb expert's analysis of the crime scene. On the other hand the FBI witnesses tried to blame the Oakland police for moving too fast to arrest.

The jurors were very careful in their deliberations and verdict. They found the following:

The verdicts show that the jury was concerned about protecting the First Amendment rights of expression and the ability to effectively organize in support of one's political views.

One juror said the night before they made their final votes, "I got on my knees and prayed to God to stop me if this is the wrong thing. I've never done anything like this. Going against the FBI is a big deal. I wanted to be sure.

The jurors rejected the Government's defense that it had acted constitutionally and was just doing its duty to investigate and protect the public from terrorists. One of the jurors, a ticket agent for the airlines, was quoted in the newspaper: "This trial taught me what it means to be American. I realize that freedom is something we can never take for granted...We are free because we hold people in power to a higher standard."

Numerous lawyers and legal workers worked on the case over its 11 years. The primary attorneys were Dennis Cunningham, whose dedication and hard work over the years of facing so many obstacles is an example of a guerrilla lawyer at its finest. Ben Rosenfeld, a young attorney who worked for five years on the case, did many of the motion papers and crafted jury instructions. Bob Bloom, who joined the team in 2001 and provided focus and optimism. Tony Serra who joined for the difficult trial itself. Bill Simpich who was part of the case for many years.

Jury consultant Karen Jo Koonan of the National Jury Project West developed themes for the case and did crucial work on voir dire and the actual selection of the jury.

For further information go to the web site, www.judibari.org